Jimi: All Is By My Side

A good movie directs what you see. A great movie affects how you feel. I had the privilege of attending the advance screening of Jimi: All Is By My Side, starring Outkast’s André Benjamin aka André 3000. This revealing biopic, from Academy Award-winning writer and director John Ridley (12 Years A Slave), covers the pivotal years of 1966 – 1967, right before Hendrix played the Monterey Pop Festival.

In the film, we follow Hendrix’s career from playing as a backup guitarist in New York, to being discovered and making his mark on the London music scene. The film also reveals the man behind the musical genius, providing a glimpse of his life including the complex relationships with the women who were very instrumental in his career. Set in the heart of the 1960’s, the film is fully dressed for that era. Everything from authentic 60’s fashion, popular music of that time, and even the set design made me feel like I had stepped back in time. 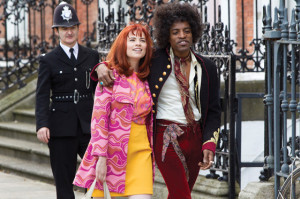 I really enjoyed watching André’s transformation into Hendrix on screen. I have watched footage of Hendrix in past interviews and performances, and André fully enveloped Jimmy Hendrix adopting his mannerisms, dialect and even his style of guitar playing. He drew me in as if I was watching Hendrix for 2 hours. 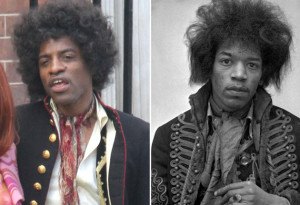 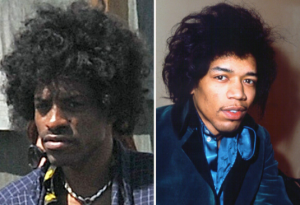 The film opens Friday, September 26, 2014 in limited theaters. Make sure you get out opening weekend to support this great independent film.