So, I had the opportunity to attend the event Park & Palate Grand Taste. I had run across the event on Facebook, and it piqued my interest because it was being described as one of the hottest culinary events in Dallas. That’s a pretty bold statement, so I had to go check it out.

Park & Palate is the annual fundraiser for Klyde Warren Park that showcases the region’s most popular chefs, as well as wineries and spirits from around the world. The two-day culinary event had a unique theme – “Pillars and Protégés,” which featured well known pillar chefs and up-and-coming protégés making collaborative dishes to showcase.

The event was held at Klyde Warren Park in downtown Dallas, which is 5.2 acres of urban green space built over the Woodall Rodgers Freeway. It’s a beautiful park with a lot of fun activities and great views of the city skyline, and the perfect backdrop for this event. Attending the event allowed me to kill two birds with one stone because visiting this park was on my Dallas To-Do List.

The event kicked off Friday night with, “Down To The Root,” which featured two chefs, a pillar and protégé, from each major city highlighting the best of Texas cuisine. The night was also filled with live music and dancing. I attended the Saturday afternoon event, “Grand Taste,” which featured more than 60 chefs and 30 wineries, plus spirits, craft cocktails, and beer. My beautiful Mom was my foodie buddy for this event. The Grand Taste was from 2.pm – 6.pm so we arrived a little after 2.pm.

TAT Tip: When attending a food festival, it is better to arrive on the earlier side so that you can get the majority of the tasting done before the crowd shows up. 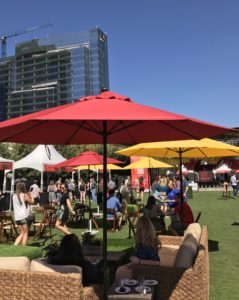 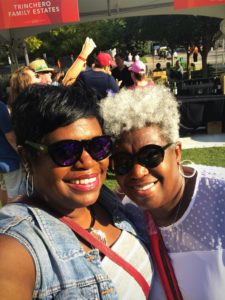 Selfie with Mom, my foodie buddy for the day

We first walked around to get the lay of the land, and then we started on our culinary journey. The majority of tastings were delightful and pleasing to our palates. You can tell the chefs took pride in working together to curate the perfect tasting for this event. On top of the great food, there were also countless selections of wines and spirits to pair with the tastings. 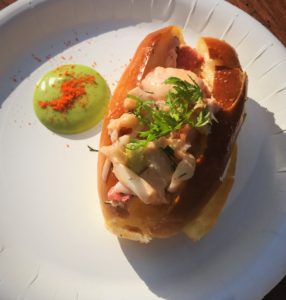 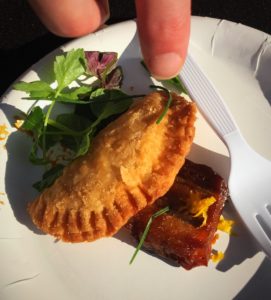 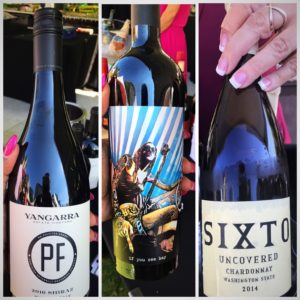 Some of my favorite wines

The entry process was easy, and there were also no long lines at stations. However, it was an unseasonable 90-degree day in October, so we had to take a few breaks to get out of the sun, and luckily there were plenty of cool seating under the trees and umbrellas.

I, definitely, recommend this event, and it is now on my radar as an annual event I have to attend. My Mom is a newbie to the foodie events but she had a blast, and she will also be back next year too. This festival is well worth the money for the quality of food, the portion sizes and the plentiful pours of wines and spirits. I have been to a lot of food festivals and foodie events, and this one ranks pretty high on the list as a new favorite. 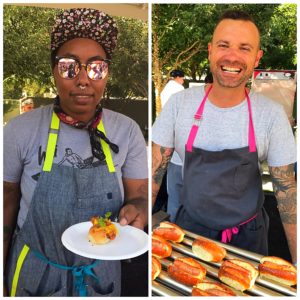 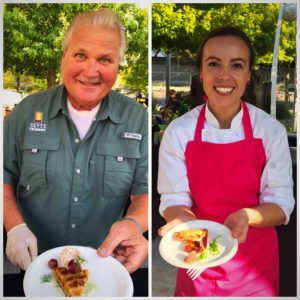 Having a mini photoshoot in front of the We Rosé wall 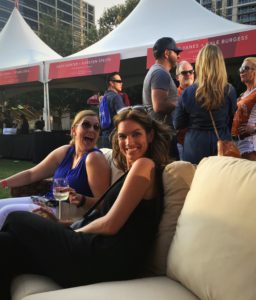 Dallas TAT Family, make sure you add Park & Palate to your social calendar for next year, and for my out of town followers, this would be a great event for a Fall weekend trip to Dallas. The weather in Dallas is usually beautiful in October, and you can also catch a Cowboys game or some other fun events that same weekend

What are some of your favorite food festivals to attend in Dallas or other cities?  I will travel for good food so I just might make a road trip!

See you around town!

Photos by Tish Around Town